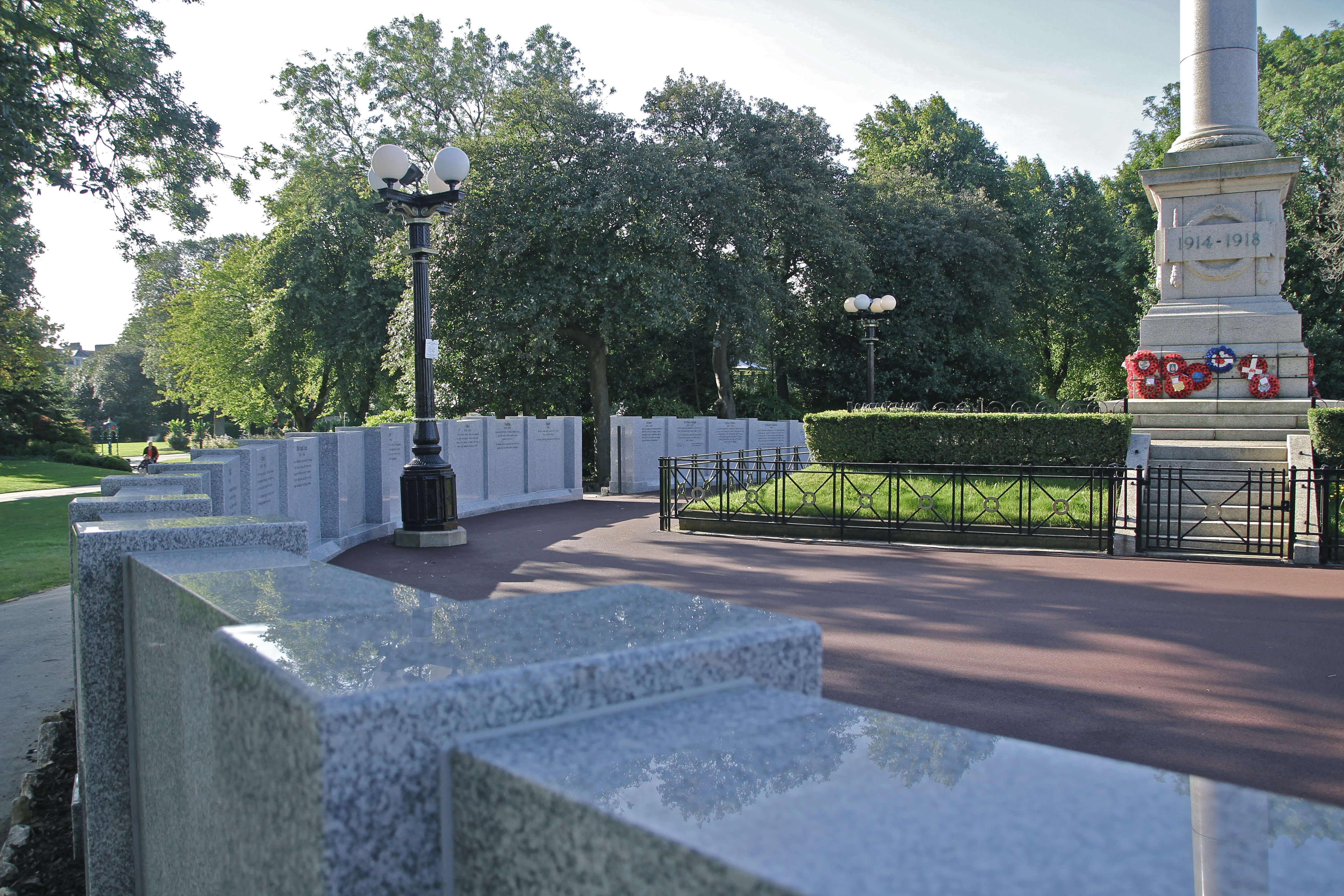 In late 2009 we were asked to help out several families whom had lost relatives in conflict to design a commemorative structure at the site of the Sunderland Cenotaph on Mowbray Road. The memorial wall is dedicated to servicemen and women from Sunderland killed since World War II. The concept of our design was to construct a wall based on soldiers standing at various heights together as ‘Brothers in Arms’ with subtle rises and falls between where individual panels are inscribed with every conflict since the second world war. Under each conflict there is a small historic note as an educational source for the City.

The wall was built with funds raised by the Brothers in Arms organisation as a tribute to the community’s fallen heroes, and there is an annual roll-call for more names to be added to it.

Construction started in the summer of 2011 and the wall was completed and unveiled at the memorial service in November 2011. The wall was constructed from solid grey granite which was manufactured and shipped from China. Local construction company Slayco installed the wall.

Every year now it is embraced as an integral piece of the Sunderland memorial parade on Remembrance Sunday.

Fitz Architects is a design-led practice whose creative instinct is balanced by a down-to-earth approach. In collaboration with clients we develop concepts that satisfy economic, social, aesthetic and environmental needs – without compromising their freshness.

We invite you to look at the essentials of what makes Fitz different and see how the elements come together in buildings that work efficiently, feel enjoyable and make a distinctive impact.

Planning approved for contemporary dwelling in Nor

Planning approved!! Extension and remodelling to

Over 5000 sqft of luxury property for sale with @k